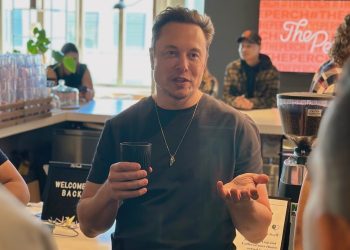 During the Tesla Q4 and FY 2022 earnings call, Elon Musk highlighted the value of Twitter to businesses, automotive or otherwise. Musk’s statement followed a question about whether Tesla was tracking how its favorability was damaged due to the CEO’s political posts on the social media platform.  Last month, UK-based research firm YouGov published the results of its survey, which indicated that Tesla’s approval rating had fallen quickly amidst the CEO’s political statements on Twitter. YouGov noted that at the start of 2022, Tesla had a net positive score of 5.9%, but by early November, the company’s approval rating had fallen to -1.4%. USA-based Morning Consult posted similar findings.  It was then no surprise that a Tesla investor specifically asked the EV maker if the company tracks its favorability. Musk did not directly address the question, but he did note that the size of his following on Twitter suggests that he is reasonably popular. He also took the time to plug Twitter’s value for Tesla, which Musk noted could also be utilized by other businesses for their benefit.  “Well, let me check my Twitter account. Okay, so I’ve got 127 million followers. It continues to grow very rapidly. That suggests 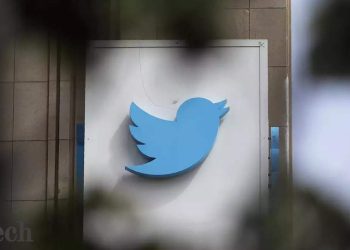 A new whistleblower has told Congress that Twitter Inc. continued to violate privacy and data security protections into the Elon Musk era, potentially risking legal action including hefty penalties.As many as 4,000 company employees could access an internal function nicknamed “GodMode” that allows them to take over private accounts and tweet – or delete tweets from them, according to a whistleblower complaint filed in mid-October, two weeks before Musk took over the company. It’s not clear if the problem has been resolved since the complaint was filed.Twitter didn’t respond to a request for comment.The complaint was shared with the Justice Department, the Federal Trade Commission and some members of Congress. A congressional staffer shared the complaint with Bloomberg News, requesting anonymity due to the sensitive nature of the anonymous complaint. The Washington Post previously reported the emergence of the new Twitter whistleblower and that person’s complaint.“Twitter does not have the capability to log which, if any, engineers use or abuse GodMode,” reads the complaint, which was filed by Whistleblower Aid, a nonprofit law firm, on behalf of the anonymous whistleblower. Since the complaint was filed, several top executives overseeing cybersecurity and privacy, in addition to teams responsible for government compliance 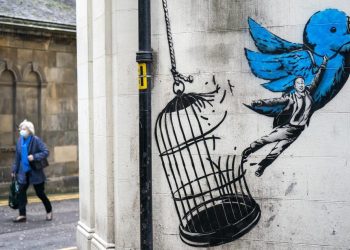 Street art by 'Rebel Bear' featuring Elon Musk and Twitter in Edinburgh, Scotland.PA Images via Getty Images Tesla’s favorability as a brand may be sinking in some consumer surveys as CEO Elon Musk’s public image has grown more controversial since he bought Twitter. The billionaire entrepreneur isn’t buying it, citing his vast number of Twitter followers as a counterargument. Polls by groups including Morning Consult found a steep drop in the number of Americans with a favorable view of Tesla, falling to just 13.4% of adults this month, compared with 28.4% in January 2022. Musk brushed off such findings when questioned about them during Tesla’s fourth-quarter results call on Wednesday. “I've got 127 million (Twitter) followers. It continues to grow very rapidly. That suggests I’m reasonably popular. I might not be popular with some people, but for the vast majority of people my follower count speaks for itself,” he said. “I’m the most interactive social media account, I think, maybe in the world, certainly on Twitter. And that actually predated the Twitter acquisition. … I think Twitter is actually an incredibly powerful tool for driving demand for Tesla.” His comments came after the electric-car maker reported $24.3 billion in revenue 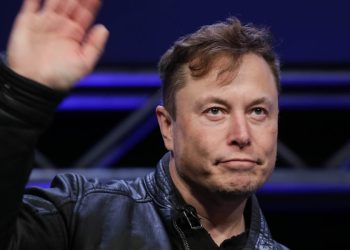 Elon Musk answered a question on Tesla's earnings call by saying how popular he is online.  He talked up his 127 million Twitter followers and said his account might be the most interacted with across social media sites.  Tesla reported strong fourth-quarter earnings that beat analyst expectations.  Loading Something is loading. Thanks for signing up! Access your favorite topics in a personalized feed while you're on the go. Elon Musk is all Twitter all the time these days — even when he's on Tesla's quarterly earnings call. On a Wednesday call with investors in his car company, Musk talked up how popular he is on his newly acquired social network. The comments came in response to an investor question about what Tesla is doing to mitigate brand damage resulting from Musk's running political commentary on Twitter.Polls have shown that Tesla's favorability is declining among Democrats, suggesting Musk's public embrace of the right is alienating left-leaning customers. "Let me check my Twitter account. OK, so I've got 127 million followers, and it continues to grow very rapidly," Musk said. "That suggests that I'm reasonably popular. Now, I might not be popular with some people, but for the vast majority of people, my follower 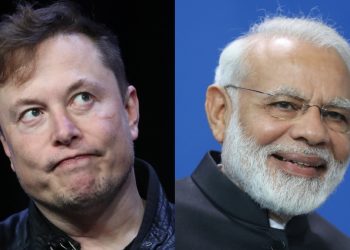 Elon Musk’s Twitter has complied with an Indian government request to delete all links to a BBC documentary critical of Indian Prime Minister Narendra Modi, according to journalists and free speech advocates in the country.  The first half of the two-part documentary India: The Modi Question aired on BBC Two on Jan. 17. The series investigates the “persistent allegations” against Modi of fanning the flames of Hindu nationalism and prejudice against India’s large Muslim minority. In particular, the doc explores his role in the 2002 riots in the western Indian state of Gujarat, where Modi was chief minister at the time, which left over 1,000 dead, the majority of them Muslims.  India’s Ministry of External Affairs spokesman Arindam Bagchi has called the documentary “a propaganda piece designed to push a particular discredited narrative.”  In response, the BBC shared statements on social media saying that the film was “rigorously researched according to the highest editorial standards.” Although the doc has not been aired within India, Kanchan Gupta, a senior adviser in the Ministry of Information and Broadcasting, said Tuesday that Musk’s Twitter and Alphabet’s YouTube were ordered by the Indian government to block all links to the film within the country. He later 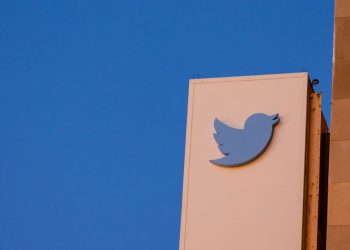 Jan 24 (Reuters) - Advertising spend on Twitter Inc dropped by 71% in December, data from an advertising research firm showed, as top advertisers slashed their spending on the social-media platform after Elon Musk's takeover.The recent data by Standard Media Index comes (SMI) as Twitter is moving to reverse the advertiser exodus. It has introduced a slew of initiatives to win back advertisers, offering some free ads, lifting a ban on political advertising and allowing companies greater control over the positioning of their ads.According to the SMI data, ad spending on Twitter in November fell 55% from last year despite these months traditionally being a time of higher ad spending as brands promote their products during the holiday season.Twitter did not immediately respond to a Reuters request for comment.Most of the companies had stopped spending in November, estimates by another research firm Pathmatics showed, the same month that Musk restored suspended accounts and released a paid account verification that resulted in scammers impersonating corporations.Fourteen of the top 30 advertisers on Twitter stopped all advertising on the platform after Musk took charge on Oct. 27, according to the Pathmatics estimates.In a November event on Twitter Spaces, Musk addressed the issue of

20 by Shorenstein alleges Twitter has missed two months' worth of rent payments for its 1355 Market St. headquarters. Paolo Vescia. 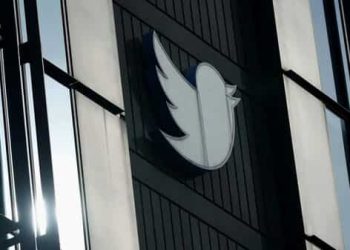 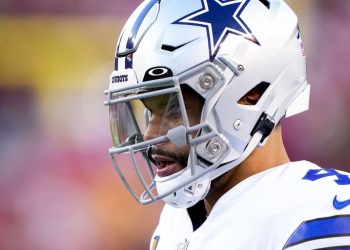 Cowboys' Dak Prescott Ripped by Twitter for Not Being 'The Guy' in Loss vs. 49ers

Thearon W. Henderson/Getty ImagesThe Dallas Cowboys fell to the San Francisco 49ers 19-12 in the NFC Divisional Round on Sunday at Levi's Stadium behind an abysmal performance from veteran quarterback Dak Prescott.Prescott completed 23 of 37 passes for 206 yards and one touchdown against two interceptions. He also rushed for 22 yards on four carries. The 49ers got six points—two field goals—off Prescott's two interceptions.The loss of running back Tony Pollard to an ankle injury just before halftime certainly didn't help the offense, but much of the blame for Dallas' latest postseason blunder has been placed on Prescott, who has won just two playoff games in his seven-year career:Cory Smith @CoryNBCReally hate to say it, because by all accounts he's a good dude. BUT Dak ain't the guy.Zach Gelb @ZachGelbDak once again showed there is a big difference in being a good QB and a great QB. Paid like a great one but doesn't play like one.Jeff Caves @JeffCavesDak Dak Dak. Biggest game and not his biggest and best performance. Unless a miracle happens here , he will be focus of what needs to change.Michael Lozano Jr. @michael_lozDak is an average QB. Another year, another waste of potential. So tired 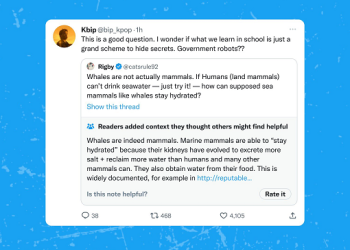 Twitter continues to expand its Community Notes feature, which Twitter chief Elon Musk believes will be a key element in establishing the platform’s new ‘Trust as a Service’ approach, and see Twitter become a more critical provider of truth in news and information. Which is a noble aim, but how that actually plays out remains to be seen. The latest expansion sees Community Notes moving abroad, with users in more regions now able to apply to add notes to contextual notes and reference links to questionable claims in tweets. We are now admitting contributors from the UK ????????, Ireland ????????, Australia ???????? and New Zealand ???????? — welcome to Community Notes! Want to help? Sign up here: https://t.co/FSsqNzonnz— Community Notes (@CommunityNotes) January 20, 2023 As per the announcement, selected users in the UK, Ireland, Australia and New Zealand will now be admitted into the Community Notes program, which will greatly expand the amount of local knowledge and input feeding into the Notes system. Twitter’s been working to build Community Notes (formerly ‘Birdwatch’) into a form of crowd-sourced fact-checking, as a means to both reduce its internal obligations in moderating content, and to empower Twitter users themselves to decide what’s acceptable