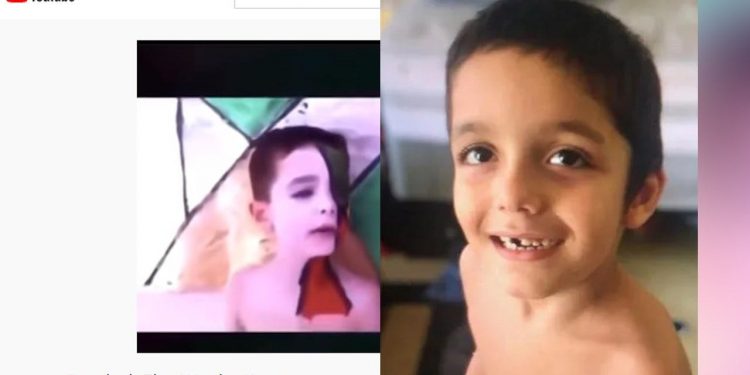 After a video has surfaced on social media, Hawaii Island Detectives have received a number of inquiries from the public who believe it to depict a missing child from Hilo.

After a video has surfaced on social media, Hawaii Island Detectives have received a number of inquiries from the public who believe it to depict a missing child from Hilo.

The video shows a young boy with his face painted, singing the song “Somebody That I Used To Know.” The YouTube video appears that the youngster and an unidentified adult male are emulating the song’s original music video.

Some people have taken to social media indicating the juvenile “is or resembles” Benjamin “Benny” Rapoza, who was reported missing in December of 2019 in Hilo.

Police say the Hilo residence he and his family were staying at is in close proximity to the ocean, and that there were high surf conditions at the time he went missing.

Police are informing the public that the boy seen in the YouTube video is not Benny Rapoza as he is autistic and non-verbal.

“The continued spreading of these claims on social media is irresponsible and hurtful to the family,” Hawaii Island Police said in a statement.