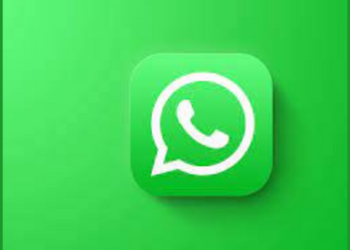 WhatsApp, the application of choice for instant messaging has been allegedly compromised. According to numerous reports, hackers were able to steal the data of about 500 million WhatsApp users in an attack, prompting the Nigeria Information Technology Development Agency to issue an advisory warning of an impending danger of threat actors using these stolen data to carry out malicious activities, which may put users at risk. One report stated that an actor recently posted an ad in a hacking community forum to sell the data of over 487 million WhatsApp users, including their mobile numbers. The report stated that the WhatsApp data was probably obtained using web scraping or web harvesting. According to NITDA, there are over nine million WhatsApp users in Nigeria. It said, “Such information could be used to perpetrate cyber-attacks such as smishing and vishing.” It explained, “Smishing involves sending unsuspecting users test message(s) and asking them to click on links or provide personal information which can be used to scam victims or to launch other attacks. It explained that vishing, on the other hand, entails the use of phone calls or voice messages by cyber criminals to manipulate or deceive unsuspecting recipients into revealing or giving 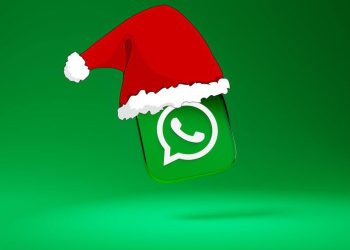 Some people consider that Christmas begins with El gordo. Others, with the lighting of Vigo lights, or failing that, of that ostentatious-light competition in the streets of their city. Be that as it may, Christmas is palpable in the atmosphere and if you have already let yourself be carried away by the Christmas spirit, perhaps you have considered tuning up the most popular messaging application mainstream. Customize your WhatsApp with the free Christmas mode: we will teach you how to do it. The process to activate this “Christmas mode” of WhatsApp simply consists of customizing the interface and user experience using both the options offered by the application itself and complementary applications with the aim of give a Christmas touch to your liking. Here we leave you some ideas, but imagination to power. How to tune your WhatsApp for Christmas The first thing we can do is change the background of your conversations. In Setting (iOS) / Settings (Android) > chat, you can change the wallpaper. Once inside, you can either choose between the WhatsApp backgrounds or choose from your gallery one that you like. If you do not want to complicate, in Solid Colors you can choose red, gold 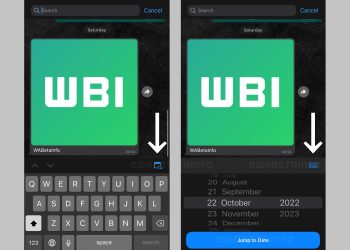 WhatsApp Beta for iOS just got a new update which has the feature of searching for messages by date. This way if users want to search messages, they can do so quickly by date. The users were waiting for this app for so long as it was under development for two years but now it has fully developed to become a part of your WhatsApp. WhatsApp released this feature on version 22.24.0.77 on the TestFlight app for beta users.To use this feature, you will have to click on the calendar icon on your chatbox where the keyboard icon is. The calendar icon means that this feature has been added to your WhatsApp for IOS. After clicking on the icon, search for the date you want the conversation and it will show you the chat on that concerned date. This way you can even go to the very first message quickly too. As this feature is still rolling out, it will take some time for the update to reach you if it hasn't already. Over the coming weeks, this update will be completely available for iOS users.WhatsApp is also working to get more features out for its iOS, Android, and Desktop 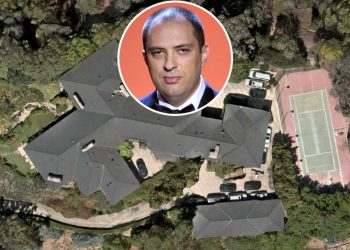 As the ultra-high-end property market clicked into warp speed back in 2017, a two-residence compound in a particularly finely feathered pocket of Beverly Hills was quietly shopped off market by one of L.A.’s most successful real estate agents as a tear-down opportunity with a hefty $85 million price tag. The owner of the sprawling hilltop estate was at the time identified in The Wall Street Journal only as “a second-generation member of Saudi Arabia’s ruling family.” Other publicly accessible websites peg the property owner as Muhammad bin Fahd bin Abdulaziz Al Saud, one of late King Fahd’s ten children. (So the scuttlebutt goes, Prince Muhammad also owns several other humongous homes in the vicinity, including a Bel Air mega-manse with more than 40 bathrooms.) Though a couple of homes in the L.A. area did trade at $85 million or higher in 2017, including the $88 million Jay-Z and Beyoncé paid for an ultra-contemporary Bel Air mansion with a handful of swimming pools, the Saudi compound failed to attract a committed buyer. Back then, $85 million was still a lot of money for a tear-down mansion, even if it sits on 6.7 acres of prime real estate in one of the 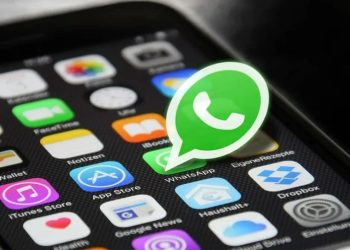 Meta-owned WhatsApp on Wednesday said it banned over 23 lakh bad accounts in India in the month of October in compliance with the new IT Rules 2021 which are being amended to put more responsibilities on social media platforms. Between October 1 and October 31, 23,24,000 WhatsApp accounts were banned and 8,11,000 of these accounts were proactively banned, before any reports from users, said the company. Also Read - WhatsApp now lets you retain caption of photos, videos before forwarding WhatsApp bans over 23 lakh accounts in India The messaging platform, which has more than 400 million users in the country, received 701 complaint reports in October in India, and the records ‘actioned’ were 34. Also Read - WhatsApp to launch ‘Message Yourself’ feature in India: All you need to know “In accordance with the IT Rules 2021, we’ve published our report for the month of October 2022. As captured in the latest Monthly Report, WhatsApp banned over 2.3 million accounts in the month of October,” said a WhatsApp spokesperson. Also Read - WhatsApp phone numbers of 500 mn users leaked online: Report Under the upgraded IT Rules 2021, major digital and social media platforms, with in excess of 5 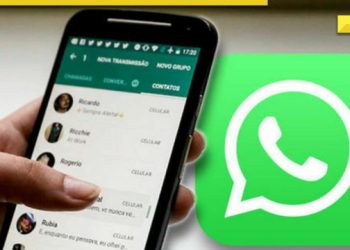 Soon, you will be able to use same WhatsApp account on two Android phones; here's how

Reported By:| Edited By: DNA Web Team |Source: DNA Web Desk |Updated: Dec 01, 2022, 11:11 PM ISTSoon, you will be able to use same WhatsApp account on two Android phones; here's howWhatsApp, the Meta-owned messaging platform is developing a new feature that will allow users to link their current accounts to additional devices, such as Android tablets. The feature is currently available for WhatsApp beta testers. Android Authority reports that the new feature will enable users to connect their WhatsApp account from their smartphone to the platform's Android tablet app, eliminating the need to set up a separate WhatsApp account on the additional Android device, IANS reported. Step-by-step guide on how to use WhatsApp account on two phones: Ensure that WhatsApp v2.22.25.8 beta is installed, signed in, and operational on your primary phone. Users of Android tablets will need to scan a QR code on the tablet app with their phone app in order to access the updated WhatsApp app. After linking, WhatsApp will transfer users’ chats to the tablet app  Users will now be able to continue their conversation from the phone app on their Android tablet. In the meantime, WhatsApp has deactivated over 23 lakh malicious accounts in India 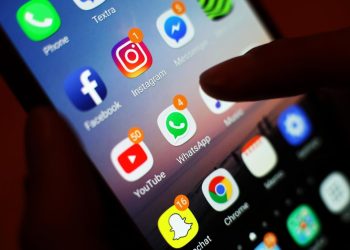 Six Scottish ministers, including health secretary Humza Yousaf, have used WhatsApp to conduct government business in the past year, raising fresh fears over transparency.Mr Yousaf was the highest-profile name to use the encrypted messaging service for government business in a year where his failure to improve NHS performance has seen calls for his resignation.Officials did not release their messages following enquiries by The Scotsman, claiming the latter would require a search of all information relating to each minister and be too expensive.Maree Todd, minister for public health, women’s health and sport, and Kevin Stewart, minister for mental wellbeing and social care, were included in the list.Neil Gray, minister for culture, Europe and international development with special responsibility for Ukrainian refugees, who is viewed as a potential dark horse for the SNP leadership once Nicola Sturgeon steps down, is the other political minister who used WhatsApp for government business.Dorothy Bain, the Lord Advocate, and Ruth Charteris, the Solicitor General, are the final two ministers listed as as using WhatsApp. It is not clear whether the messages covered legal advice.The revelation comes almost a year after the Scottish Government claimed no ministers had used WhatsApp for government business across two months in 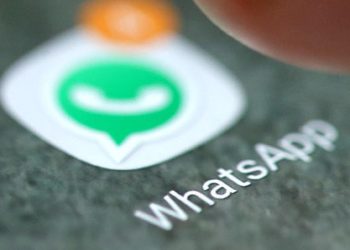 WhatsApp: How to disable message reaction notifications? – The Hindu BusinessLine 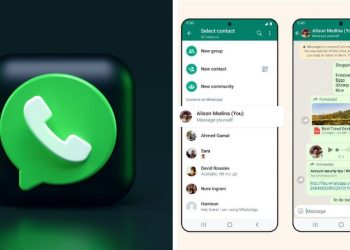 WhatsApp is making it easier for you to message yourself. Here's what you can do with it

WhatsApp is rolling out a feature that lets you “Message Yourself“, which is actually more useful than you’d think. It was initially part of a beta trial, but it will soon be available for both iOS and Android users. Source Message Yourself is a feature that lets you have your own chatspace—like you would for your group chats and your chats with individual contacts, except that only you would be able to view it. This means that you can post there as you would in any other chat, and sort of treat it like your own personal message board. You can save links, audio files, make to-do lists, send yourself holiday plans… basically whatever you want. And sure, the argument is that you can easily do the same thing with the Notes app or something similar. But using a chatspace on WhatsApp, especially if you’re already used to the app, can be a lot easier to access. Before this feature, I’ve currently been using a “hack” of sorts, where I made a group chat with one of my friends, and then kicked them out of the chatspace. I now have my own chatspace to myself to transfer files and write 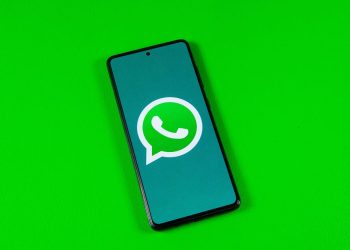 WhatsApp Now Lets You Send Notes to Yourself: How to Get Started – CNET

WhatsApp is adding the ability to let you send texts to yourself, which can be particularly helpful for saving a quick link or jotting down reminders for later.It's a feature that is available in other texting apps, such as Signal, and in Slack, and provides another method of organizing for anyone who spends much of their time using the chat app anyway.For myself, I often will self-text when I need a quick way to move a web browser link from my phone to a desktop computer. With this method through WhatsApp, I can text it to myself from my phone, load up WhatsApp on my computer and then click away.Starting a text thread with yourself is the same process as texting anyone else. You'll tap the New Chat icon, and your own contact will be available at the top of the list with a status of "Message yourself." Tap on your contact and you can start texting from there.WhatsApp began rolling out the feature globally this week, and it should show up within the app when available. Now playing: Watch this: Android Finally Has an Answer to iMessage Envy 8:43