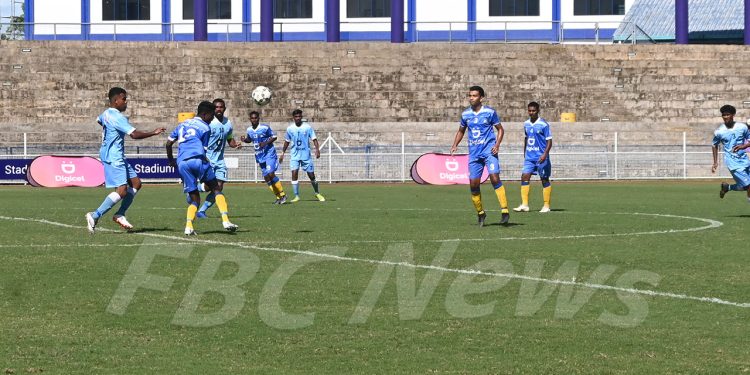 Football August 7, 2022 4:09 pm A courageous 10-man Tailevu Naitasiri outfit held defending Digicel Premier League champions Lautoka to a 2-all draw today. Tailevu Naitasiri applied the pressure early on in the game, and it finally paid off in the 33rd minute when a break from the halfway by Jone Naraba who ran away to score the first goal of the match. Just two minutes later Lautoka levelled the score with some classy footwork from youngster Junior Dekedeke before passing to Aporosa Yada who beat the Tailevu Naitasiri goalkeeper.Article continues after advertisement Tailevu Naitasiri were reduced to 10 men just before the break with Lorima Batirerega copping a red card. Despite this hindrance, Tailevu Naitasiri still put up a strong performance in the second-half. Yada scored his second in the 55th minute to put the sugar city side in the lead. However, Tailevu Naitasiri equalized via a penalty in the 72nd to Mohammed Naizal. Just like the start, the game got more physical, with Tailevu Naitasiri taking Lautoka right down to the wire.
Read More