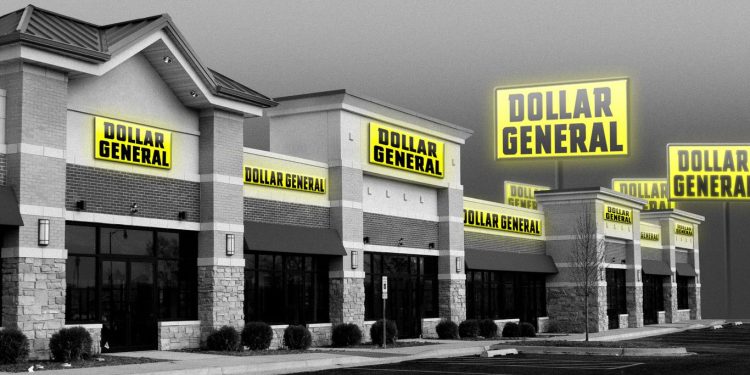 Illustration: Sarah Grillo/AxiosDollar General’s store-on-every-corner strategy is accelerating as consumers seek relief from inflation.Why it matters: Price increases are prompting shoppers to trade down to less expensive products or stay closer to home — and that plays right into the hands of discount retailers like the nation’s largest dollar-store chain.Driving the news: Dollar General announced Thursday that it’ll open another 1,050 stores in 2023, after posting an 11% sales increase in the third quarter compared with last year, and an 8% jump in net income.The company already has the most locations of any retailer in the U.S. with more than 19,000, according to GlobalData.What they’re saying: “The fact the business model is firing on all cylinders has given Dollar General the confidence to continue its rapid pace of physical expansion,” GlobalData managing director Neil Saunders wrote.State of play: Dollar General’s omnipresence has been key to its success.Six in 10 lower-income consumers are shopping closer to home to save gas, according to GlobalData.Meanwhile, arch rival Dollar Tree has been dealing with a litany of operational issues in its Family Dollar division, including a devastating rat-induced recall.Yes, but: Dollar General’s rapid expansion may be taking a toll.It warned Thursday that it needs
Read More