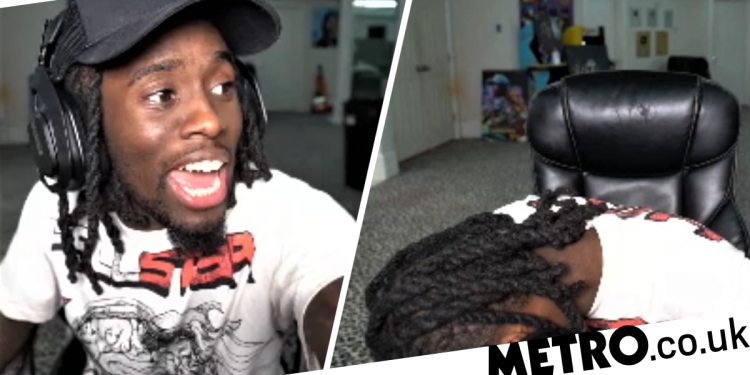 Twitch streamer Kai Cenat couldn’t keep his eyes open during a broadcast, after taking a big dose of edibles on camera.  Known for his crazy shenanigans, Kai Cenat has managed to become the third most subscribed Twitch streamer, only beaten by xQc and Hasanabi.  His content mostly consists of doing Just Chatting streams, usually hanging out with other creators and reacting to viral clips or playing Grand Theft Auto 5 from time to time.  However, one of his recent hangout sessions took a turn for the worse when he passed out in the middle of a game of Gang Beasts.  The reason behind him feeling unwell was that he ate a number of cannabis infused snacks, despite his viewers warning him that he would ‘green out’.  At the start of his stream, Kai was seen trying to choose between a variety of edibles, such as Delta-9 infused Nerd Ropes candy and then some chocolate bars.  ‘This [Nerd Ropes] has 100mg. Which I will not be taking, I’m not doing that. This [chocolate bar] one is 300mg. Okay, this is crazy. Then we got the brownies. These are homemade brownies. 100 per,’ Kai Cenat said.  However, the array of weed infused
Read More