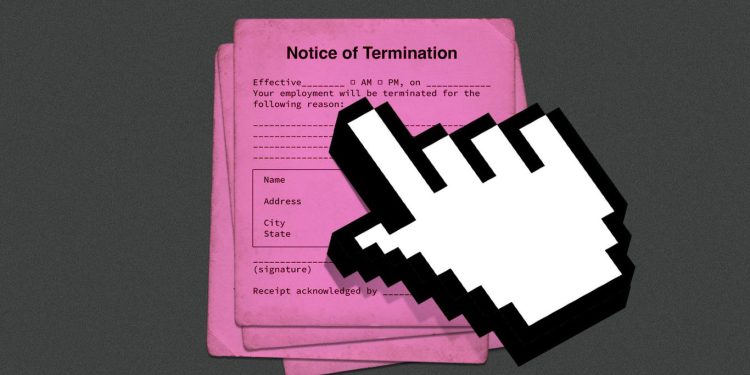 A slew of media companies and tech firms have begun to announce sweeping job cuts as the economy continues to face uncertainty. Why it matters: For millions of people across both industries, the layoffs feel like whiplash. Flashback: An unprecedented number of jobs were cut early on in the pandemic, as a response to temporary advertising headwinds. Now, it looks like those fears are trickling back. Details: After a rough winter with cuts at entertainment giants like Warner Bros. Discovery and Disney, digital media brands like Morning Brew and Vice Media and newspapers like Gannett, more media companies started the year with news of layoffs.Adweek, a trade publication covering the ad industry, told staff it was cutting about 10% of its workforce, impacting 14 people. Vox Media, which owns The Verge, Thrillist and New York magazine, laid off 7% of its staff. That amounts to about 133 roles. Fandom, an entertainment news company, laid off workers across some brands it had acquired last year including Giant Bomb, GameSpot and Metacritic. The company had employed fewer than 500 people and the cuts affected less than 10%, per Variety. NBC News and MSNBC laid off about 75 staffers across divisions, per Adweek.
Read More