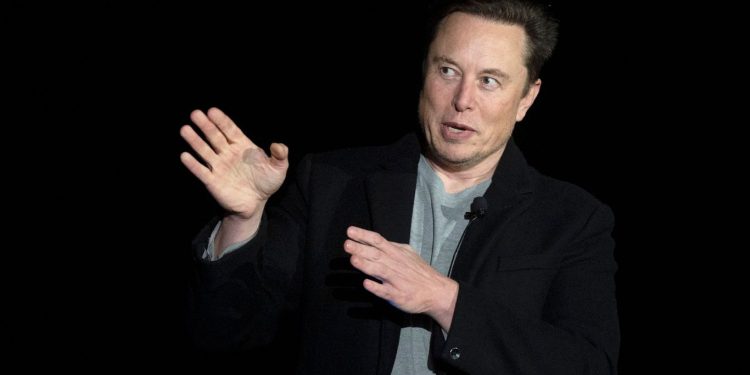 Elon Musk gestures during a February event near Boca Chica Village, Texas. Photo: Jim Watson/AFP via Getty ImagesElon Musk announced Thursday a “general amnesty” for suspended Twitter accounts from next week, “provided that they have not broken the law” or engaged in “egregious spam.”Why it matters: Online monitoring groups have reported a rise in racism, anti-Semitism and other hate speech on Twitter since free speech advocate Musk completed his $44 billion acquisition of the social media company last month, though the billionaire said Thursday it has declined.Photo: Elon Musk/TwitterActivists warn the situation would get much worse if people like former Ku Klux Klan leader David Duke were welcomed back following permanent bans for hate speech.Driving the news: Musk tweeted his decision after 72.4% of over 3.1 million voters backed the amnesty in an online poll, which AP notes is an unscientific method that’s vulnerable to the influence of bots.It comes days after Musk reinstated the Twitter accounts of prominent users including former President Trump, who was banned in 2021 following the U.S. Capitol riot, and Ye, formerly known as Kanye West, whose page was restricted last month due to antisemitic tweets.What they’re saying: “Superspreaders of hate, abuse and harassment will be
Read More