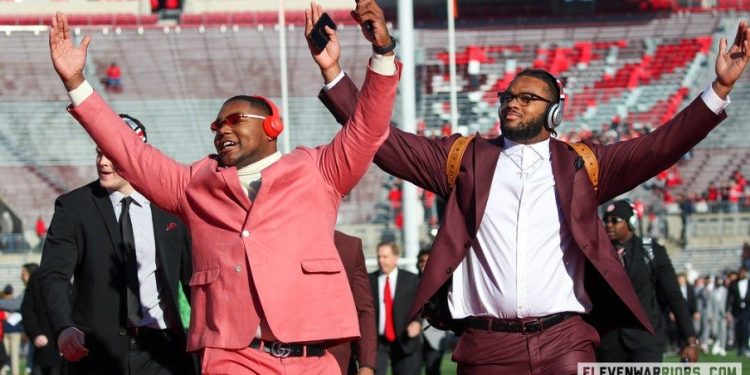 This Week in Twitter is a look at some of the week’s best and most entertaining tweets from Buckeyeland and beyond. It was a tough stretch for most of the week at Ohio State as the school grappled with the football team’s first loss to Michigan in Columbus after over two decades. But then last night, the Pac-12 Championship happened. And as it became increasingly more apparent that the Buckeyes were back on a trajectory to make the College Football Playoff, people started to get mad. It offends every fiber of my core that a team could completely no-show in its final game, sit on its ass during championship weekend and be rewarded with a playoff spot. — Dan Wolken (@DanWolken) December 3, 2022 Salt does not quite provide the same level of nourishment as Wolverine tears, but it remains delicious all the same. This is not a no-show by USC. Its a flawed team with an injured quarterback who is fighting his ass off. Its probably not going to be good enough but they arent turtling like the Buckeyes did in that fourth quarter https://t.co/fQxUeeZN94 — Dan Wolken (@DanWolken) December 3, 2022 And like a storage dome sitting next
Read More