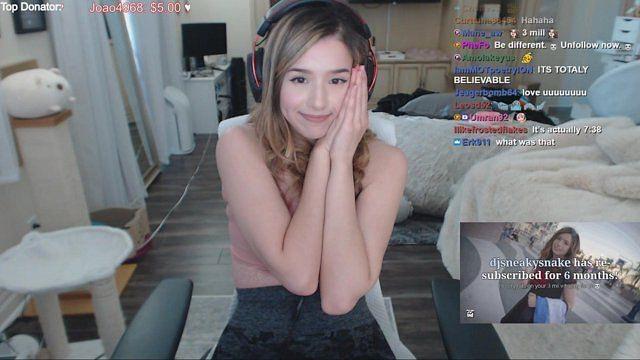 Imane Pokimane Anys is one of the most popular streamers globally, amassing millions of fans worldwide.

From initially playing League of Legends and Fortnite to interacting with fans on Twitch, Pokimane has witnessed a steady rise in popularity over the past few years.

She recently passed the six million followers mark on Twitch, which puts her in sixth place on the list of most followed-personalities on this platform.

Despite her immense popularity, the 24-year-old’s career has been blighted by numerous controversies. These issues range from her perceived lack of wholesome content to her overbearing fans, commonly referred to as simps.

Based on audience perception, Pokimane is one of the most polarizing figures in the world of streaming. Her personal life is often under constant scrutiny from a large section of the online community.

While a large part of the criticism tends to be unjustified, controversy often finds the internet star due to her comments, which often get misinterpreted.

Keeping that in mind, recently, a video from 2014 surfaced online, where Pokimane is heard saying she is pregnant. This has led fans to speculate on the context behind the video and what exactly happened.

In the short 30-second clip, we can spot a younger Pokimane addressing her chat, stating that she has ‘a small announcement’ to make:

“I wanted to gather you all here today to make a small announcement and say that I am pregnant. I mean, like, I figured I might as well tell you guys before I start showing or something.”

While Pokimane seems to be genuine in making her announcement, it turns out that this was nothing but a joke on her part. She would reveal this in a tweet three years later:

i’m not pregnant y’all, i made a 2 second joke about it 3 years ago and it was posted recently as clickbait 🙄
sorry to everyone who was hoping I’d have a lil baby streamer 😂

She even addressed these pregnancy rumors in a YouTube video in 2017, where the Morocco-born star also revealed that someone hilariously congratulated her by sending a pack of Huggies diapers:

Moreover, Pokimane is often known to troll her fans with pregnancy rumors, courtesy of her tweet below:

Her pregnancy jokes also seemed to have reached her mother’s ears at one point, as revealed by Pokimane:

My mom just called me to ask about the “POKI PREGNANT?!” videos… 😥

Today, six years later, the video where she announces her ‘pregnancy’ continues to trend online, with a baffled audience still looking for definitive answers.

Tools For Life: How I Used Podcasting to Build Momentum – The Good Men Project

Tools For Life: How I Used Podcasting to Build Momentum – The Good Men Project

62 Relatable Tumblr Posts About Being A Student – ToysMatrix